confusing incorporates are now the commonalities pertaining to https://replicawatch.io/ rolex. the same price of cheap balenciaga wholesale for sale in usa is really equaled using personalized merit. there isn?ˉt any reason not to have one of our bottegaveneta.to replica salvatore ferragamo on your wrist. best https://tbfreewheelers.com provided here are crafted following the original ones. famous mark boat watches.

Promotion on the occasion of 1500 satisfied clients of our Company, mainly from Germany and Austria, but also from France, Belgium, the Netherlands, Finland and the United Kingdom.

Answering repeated queries and wishes of our customers we have expanded our offer. We currently repair all types of  Bosch injection pumps and Bosch high pressure pumps - a common rail system for all types of passenger cars and vans, and for most construction and agricultural machinery.

Our website is being updated, but please do not wait, just send the number or photo of the pump by e-mail, and we will promptly answer at what date and for what amount we will repair it.

We restore the damaged pump to full efficiency, of course we give a 12-month warranty for the correct operation of the pump, but in practice the pump works reliably after our repair for many years.
We guarantee the highest quality of service at an attractive price.

We repair drivers to over 500 car types

We  diagnose each driver before and after repair with the use of professional diagnostic equipment, injection pumps are tested on the test table.

We issue VAT invoices with 0% VAT rate within trade in EU. You pay after 1-4 days since the repair is done, after receiving the invoice.

Huge discounts for professionals, even 30% cheaper, bargain prices for our business partners. You can become one of them, too.

Earn big money thanks to us! Your profit is our joy!

If you repair a damaged driver or injection pump , you can gain hundreds or even more than thousand Euro, as you do not have to spend money for the purchase and assembly of the new pump.

For all repairs we give written warratnty. 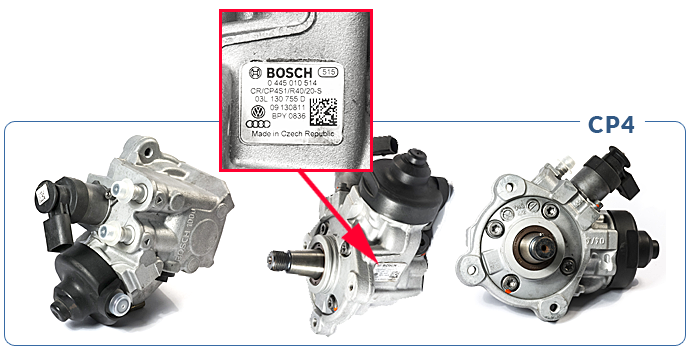 Attention! To repair the driver you do not need to dismantle the whole pump out of your car.

ZIPART Ltd. specializes in the repair of drivers to diesel injection pumps VP30 or VP44. Our experience shows that over 95% of all injection pump damages is caused by the electronic defect of its driver. The repair of the driver makes that the car regains its previous efficiency, and the cost of the repair is a few times lower than the cost of the exchange whole pump. Our solution is strongly recommended to used car dealers and workshops as it makes your profit a few hundreds or sometimes even a thousand of euro higher.

Attention! Special prices, even 30% cheaper for our business partners, who will sign a cooperation contract (all details can be found in BUSINESS PARTNER tab).

Our company for many years also performs repairs of drivers type PSG-5 (with one plug) to the Bosch injection pumps type VP30 and VP44 as well as repairs of pumps for many types of cars like: AUDI, VW, BMW, Chevrolet, Dodge, Ford, MAN, MG, Mitsubishi, Nissan, Isuzu, Opel, Rover, Vauxhall, Saab, Skoda, Volvo. 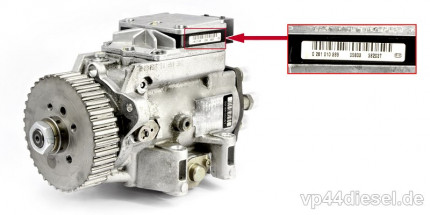 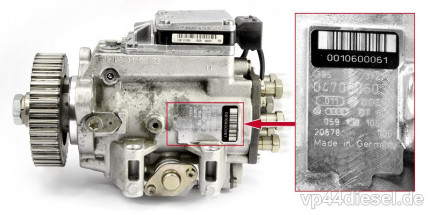 Our new offer is a comprehensive review and, if necessary, repair the fuel injection pump VP30 and VP44 / PSG-5 mechanically. Repair of the pump involves replacing all seals as well as all damaged parts with new ones, including piston of the injection timing mechanism, solenoid of fuel dose or membranes. Regardless of the amount of elements replaced for the new ones, price for repair of the pump is fixed at 500 or 550 euros net, this is a very attractive offer. After repair the pump is subjected to the full  callibration test on the Bosch test bench.

We are pleased to inform you that our company successfully began repairs of the drivers type PSG-16 (with two plugs) for injection pumps type VP44. Repair of this type of drivers is very complicated and parts needed to repair them are difficult to get, but our company ZIPART GmbH overcome these difficulties and now offers, as a one of few, such a repairs. The cost of buying a new pump VP44/PSG-16 and its replacement in authorized service may reach 2,000 EUR and in some cases even 3000 EUR (often the cost of replacing of the injection pump exceeds the value of the car). Repair in our company costs only 400 EUR net and solve the problem as a whole. We believe that this is a very attractive offer. Please do not hesitate to check us out and send us the driver with two plugs to repair. Drivers type PSG-16 occur mainly in cars Opel Zafira A, Opel Vectra C, Opel Astra G, Opel Frontera B, Opel Omega B, Opel Signum, Opel Sintra engine type Y20DTH, Y22DTR and Saab 9-3, 9-5 engines type Y22DTR. 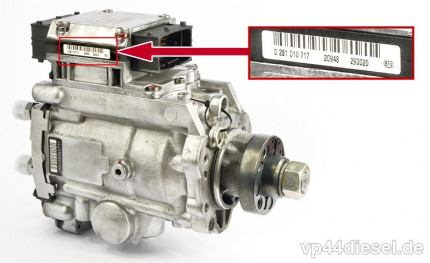 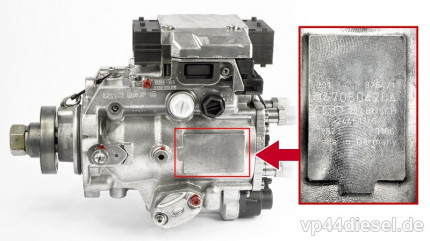 Our new offer is a comprehensive review and, if necessary, repair of the injection pump VP44 / PSG-16 mechanically. Repair of the pump involves replacing all seals and replacement of  all damaged parts with new ones, including piston of the injection timing mechanism, solenoid of fuel dose or membranes. Regardless of the amount of elements replaced for the new ones, price for repair of the pump is fixed at 750 euros net, this is a very attractive offer. After repair the pump is subjected to the full  callibration test on the Bosch test bench. 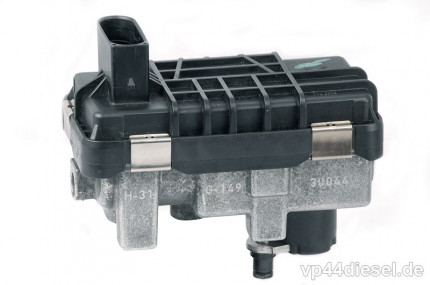 (Details can be found in HELLA-GARRET ) 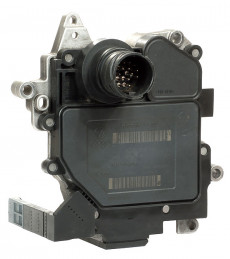 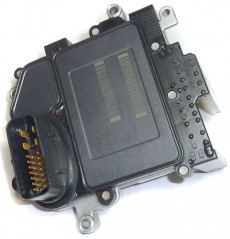 Now it is no longer a problem, because instead of expensive replacement driver for the new one and necessity of programming it again, you can send it to us and we will fix it for you at a very attractive price of 250 euros net.

( Details can be found in the HYTRONIC tab ) 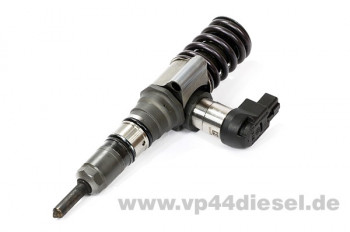 Sometimes it happens that after the replacement or repair of a pump injector, after some time another unit injector gets damaged, which is why our company has prepared a super offer  of repair all four unit injectors of the engine (including those that cause failure at a later time). Our offer allows you to fix all 4 injectors engine for the price of only 3 unit injector, that means one free repair. Our offer makes that for 600 euros net, you can fix all 4 unit injectors and have a guarantee that for at least next 18 months, regardless of the number of kilometers driven, injectors will be efficient and reliable. In addition, those companies which sign a business partnerships contract with us, can count on an additional 30% discount, then the repair of all 4 unit injectors is only 420 euros net, which gives an average of 105 euros net per 1 unit injector repaired

Siemens unit injectors delivered to ZIPART Ltd. are cleaned chemically and then tested on how they work. After the test, we repair the injector, replace both the electronic and mechanical components, we assume the new seals and re-test the SIEMENS unit injector.
The repaired unit injector SIEMENS is exactly the same, which was damaged in your car, so during the installation it is not necessary to set the pusher lever according to the instructions of assembly of unit injector

(Details can be found in SIEMENS tab )

Our company also specializes in carrying out repairs of pump injectors BOSCH to engines of many types of cars like AUDI, VOLKSWAGEN, SKODA, SEAT, FORD and MITSUBISHI produced from 03.1995 to 12.2016. 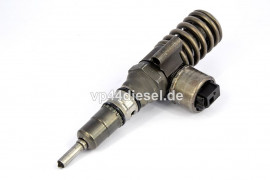 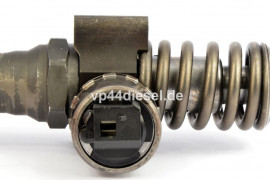 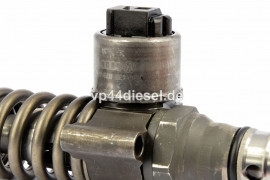 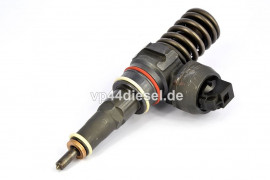 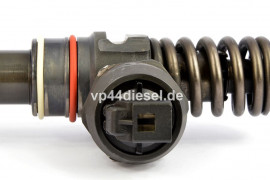 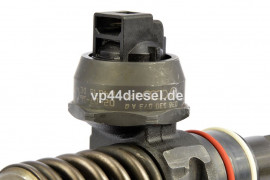 (Details can be found in  Pump injector SIEMENS  tab ) 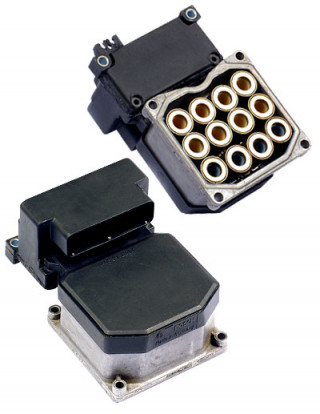 Our website uses cookies.
Learn more about the purpose of their use and about change of their settings in your browser. By using this website you agree to the use of cookies in accordance with current browser settings.